Ashburton hosted its annual Sweepstake meeting.  Turnout was good with many shooters taking advantage of this meeting to get a decent shoot in before heading over the ditch in a couple of weeks.  Shooters were keen to get started on time at 9am to ensure finishing before the arrival of the forecast rain (which still has not arrived at 4:35pm).

It looked like John Snowden would take the prize, however, halfway during the 700-yard shoot he faultered, where within a few seconds the wind moved from 1min right  to 4 min left, earning him three 4s in a row and overall 3rd placing.

The range may look a bit rough but the view's pretty amazing! 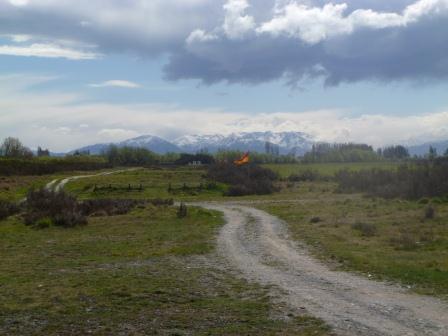